This is the first in a new series of Tutorials I’m writing for Wildcraft.  You can get all the bits and bobs you  need for these markers in a Wildcraft Kit, but the parts are easy to source from any good jewellery store too. 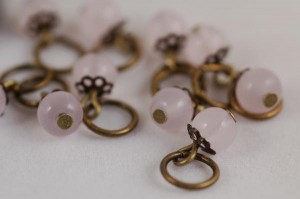 These markers are very simply constructed and inexpensive to make, so you could make dozens of them (wouldn’t that be handy for that big lace project you’re planning?).  It helps if you’re used to working with wire, as the loops can be a bit fiddly to construct.  But once you’ve got the hang of it, you’ll be making them for all your friends too.

To make a set of ten stitch markers you’ll need the following materials:

And you’ll need these tools: 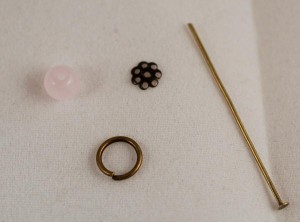 Thread one bead onto a head pin, followed by a bead cap. 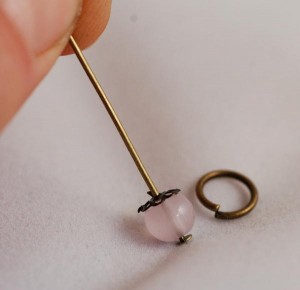 Holding the bead and cap snugly against the head of the pin, measure 1cm away from the top of the bead, cut the wire here with your flush cutters. 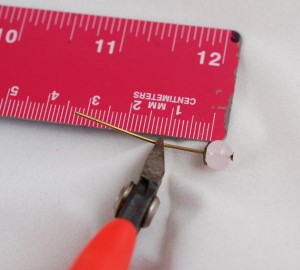 Holding the wire firmly with your free hand, and with the top of the head pin firmly grasped in the pliers, start to turn a loop in the pin by rolling the pliers away from you. 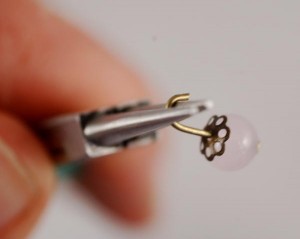 Reposition the pliers a little away from the end of the pin and continue to bend the wire away from you with the pliers.  Keep going like this until the cute end meets the pin, making a loop like so: 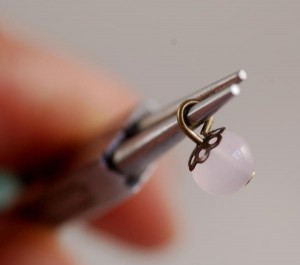 Take the pliers out from the loop, and reposition them like this, so you’re holding the non-cut side of the loop.  Bend the loop back a bit, to make it look more vertically aligned with the bead.  The loop will open up a little, don’t worry about this, we’ll  fix it in the next step. 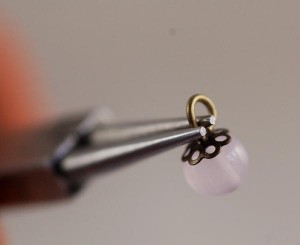 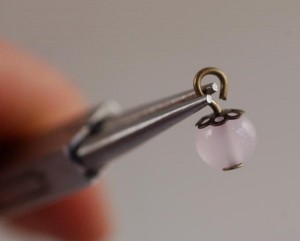 Reposition the pliers again and close the loop back up. 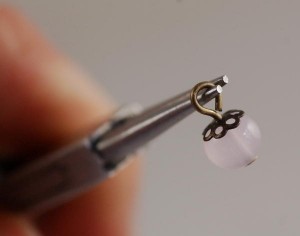 Now take a jump ring and open it with your pliers and fingers like so.  Open the ring by twisting it sideways, don’t pull the cut ends away from one another or you’ll distort the circle. 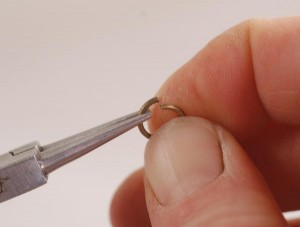 Pop the bead/headpin assembly that you made earlier over the jump ring and close it up by twisting the ring back the other way again. 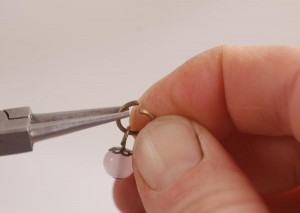 And that’s it, you’ve made a stitch marker!  Repeat the steps above to make another 9 markers and admire your completed set. 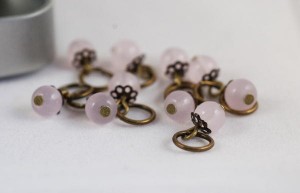 Buy the kit from Wildcraft